In the Netherlands, drones already play an important role in agriculture: from the air they can monitor the growth of crops very precisely. Here high-quality sensors and relatively expensive drones are used. Thanks to these sensors and special software the needs of the crops (e.g. water, fertilizer or plant protection products) can be calculated. “A fantastic technology,” says Martijn de Klerk, researcher at FutureWater in Wageningen. “But, since the high-quality sensors and drones are relatively costly and expensive software is used, this technology is only suitable for Western farmers”.

To make the technology accessible to small-scale farmers in Africa, researchers from FutureWater, together with drone company HiView, have found a way to integrate a sensor that can detect early crop stress into a relatively inexpensive but sustainable drone (flying sensor). “This combination and the use of open-source software ensures that the drone technology also becomes very interesting for the African market, where many of the fruits and vegetables that we find in the supermarket here are grown.” 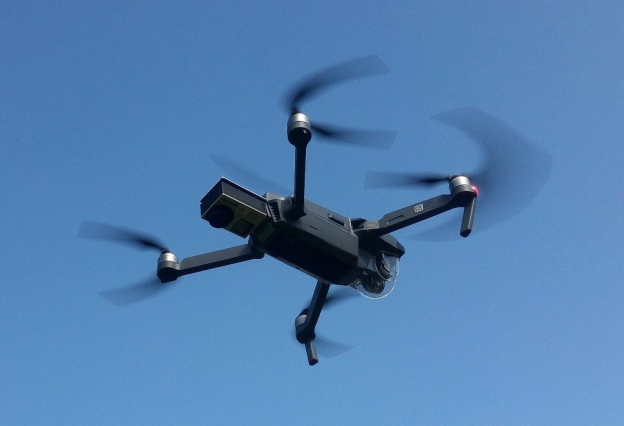 The innovative flying sensor, developed by FutureWater and HiView, that is being used in the ThirdEye project.

Three years ago, FutureWater and HiView tested the innovation, called ThirdEye, for the first time in Mozambique with the help of funding from the American, Dutch and Swedish government. With success: in three years time 14 local people have been trained to use the technology to advise small-scale and commercial farmers. Up to now over 3,500 farmers have already made use of the service in Mozambique. “Thanks to this financial boost, we were able to further develop and expand the technology. A local company has been set up which now provides this service to farmers without external financing, for less than 2 euros per hectare, a lot cheaper than here in the Netherlands. ”

Since the end of 2017 the project has been extended to Kenya. Here the first five flying sensor pilots were trained in December, all with an educational background in agriculture. This is important for the advisory service to farmers. Martijn and colleague Jan van Til from HiView have just returned from the country where the pilots have conducted flights for hundreds of farmers since February. This number will be expanded to several thousand in the coming months.

The advice helps farmers to save water and increase their harvest. “The current drought in Cape Town and western Kenya makes it very clear that saving water in agriculture, by far the largest water consumer, is of enormous importance. Our technology increases water productivity, so that the water can be used as efficiently as possible. Crucial, certainly when you take climate change into account, “says Martijn.